ARBA Group’s exciting £12m proposals to revitalise an area of Mansfield town centre have been given the green light.

Members of Mansfield District Council’s Planning Committee went with an officer’s recommendation and granted permission with conditions for the Stockwell Gateway project on the former bus station.

This means ARBA will now press ahead with the next phase of the plans, which include a six-storey, nationally-branded, 100-bedroom hotel with breakfast lounge, along with three standalone restaurants, around car parking spaces, direct pedestrian access to the existing Walkden Street car park, and revamped pedestrian links to the Four Seasons Shopping Centre.

It is expected that contracts with tenants will be finalised and signed within weeks, and work on the site is expected to commence in Spring 2021.

Richard Burns, managing director at ARBA, said: “We are delighted that permission has been granted and that an area of our town centre will be regenerated. It’s a major scheme that not only brings much-needed hotel beds to Mansfield, but one that has the potential to create hundreds of jobs.”

Andrew Allen, a director at ARBA, said: “For the past few years we have worked hard, with a lot of partners and with the local authority, to create a scheme that works for Mansfield. We have also continued to progress the scheme during the very trying months of this year, so gaining permission is welcome news.”

It is estimated that the project will inject around £5m into the local Mansfield economy every year.

Mansfield District Council had previously carried out a rigorous competitive tendering process, following which ARBA was selected as the preferred developer.

Executive Mayor of Mansfield Andy Abrahams said: “This is a welcome step forward in approving a development that will regenerate a major gateway site into the town centre and support the visitor economy.

“Mansfield has long needed more hotel beds and this scheme would deliver that as well as bringing new jobs in both the hotel and adjoining retail and restaurant sites, aligning with the council’s Growth agenda to encourage more inward investment in the district.

“Along with the forward-thinking plans in the Town Investment Plan and the expected investment in the town centre from the government’s Towns Fund and Future High Street Fund, the ARBA scheme for this long under-used site will help to revitalise our town centre and put in a good position to capitalise on the way high streets nationally are evolving in the face of changes to the way people use them. We look forward to work commencing at the earliest opportunity and seeing this exciting scheme come forward in the near future.”

Nikki Rolls, CEO of Mansfield BID, said: “It’s wonderful news for Mansfield town centre and shows genuine confidence in what the whole area is trying to achieve. This development should be a catalyst for change, along with the government’s Towns Fund and Future High Street Fund.” 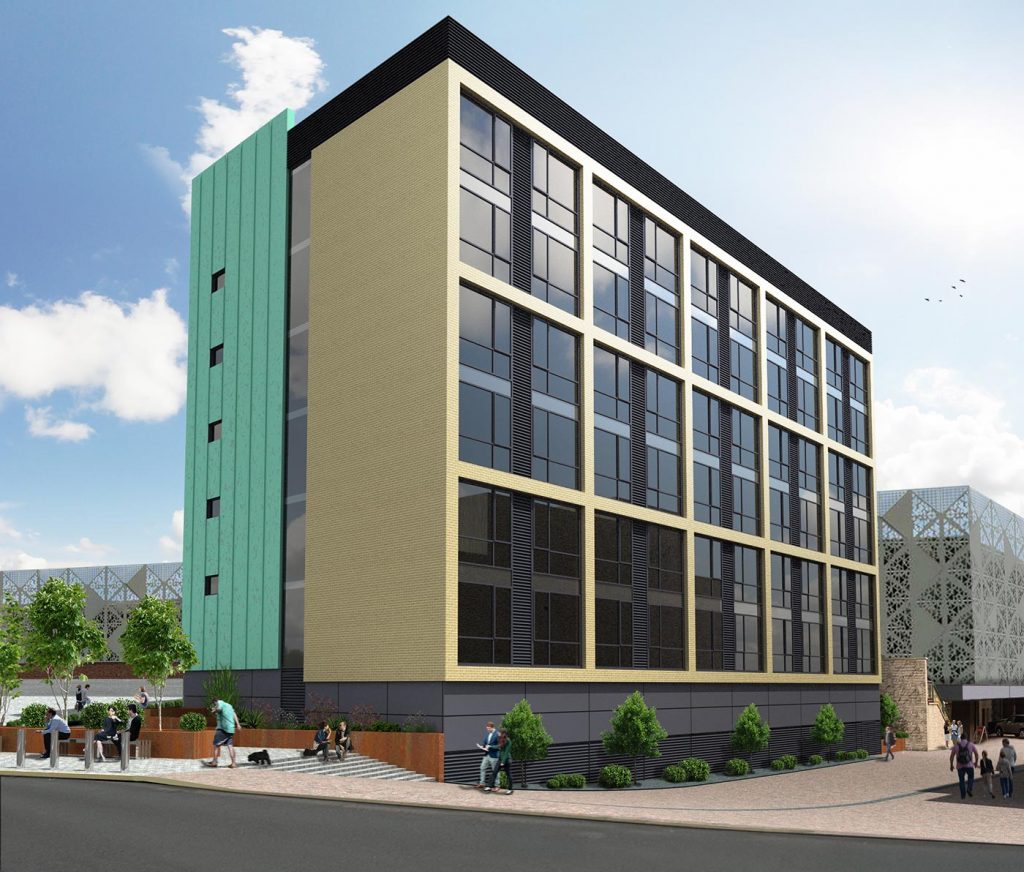 For this project, ARBA has worked with architects Isle Design, planning consultant Pegasus Planning, and highways and engineering advisors at Ardent Consulting Engineers.

For more about ARBA, visit www.arbagroup.co.uk